I am very happy to be part of a new community of Italy Lovers. It all began in a part of Tuscany that it’s really  close to my heart: Casole d’Elsa, the small village  between Siena and Florence that welcomed me when I started my new life back in Italy some years ago. You can read more about it here.

Recently I met Stephanie Seaton, , just by chance . She is the author of the wonderful video about Tuscany -“Una lettera d’amore per Casole d’Elsa”,   that many of you, I am sure, already know. 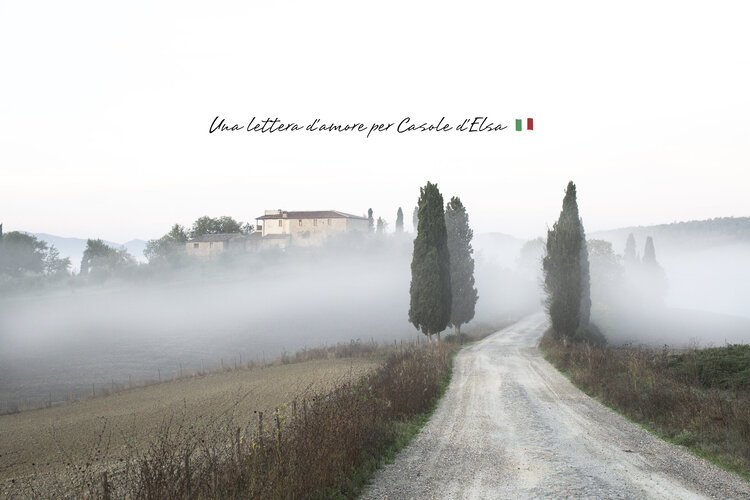 I won’t talk here about the fact that I don’t believe that things happen by chance,  so I just quote “Non credo alle coincidenze, io credo negli incontri “.   Stephanie introduced me to the community of “Uncommon Italy” and I invite you to take a look at the beautiful website recently launched.

Who we are : Uncommon Italy

Uncommon Italy is growing into the equivalent of a small community. A community with one thing in common – we are all Italophiles. Some of the people involved are themselves Italian, some are British, one is Irish and the rest of are Canadian.

Join us if you like what we are doing either by way of being a supplier to our friends and guests when they come to Italy, or partake in our adventures.

Among the many adventures you can decide to join, there also is the journey through the Italian language with me.

A few mildly interesting facts about the Italian language…

Whether you’re just getting started with Italian or approaching fluency, here are some facts about a language known for its beauty, romance and musicality:

There are 21 letters in the Italian alphabet. The letters j, k, w, x and y don’t exist in Italian, except for in words that have been borrowed from other languages, like the word ‘jeans’. Ironically this is apparently often the only entry under ‘j’ in Italian dictionaries. Some of the dialects do use these letters though, particularly ‘j’ and ‘k’, and for that reason they appear in some proper names of people and places.

If you speak French this will be helpful considering that the Italian vocabulary is 89 percent shared with French… similarly to Spanish.

Did you also know that Italian is the fourth most studied language in the world? Stephanie thinks that this is perhaps because it is known as the Romance language and who doesn’t like a bit romance. In fact, the word ‘romance’ itself was originally an adverb of Latin origin, “romanicus,” meaning “of the Roman style”.

What do you think? What’s your reason to study and love the Italian language?

Allora…siete pronti? So, Are you ready?  All my students know this word very well as I use it so many times!!!

Allora It’s a very good word that you can use to preface pretty much anything in the Italian language: