We have decided te stay on the topic and our first Word of the Week for 2020 is VINO.

How do you say VINO in your language? If you look at European language, they all appear to use very similar words: vino Italian and Spanish, wijn in Dutch, vin in Swedish, Danish and French, wine in English, vinho in Portuguese.

Do you know that the word has very ancient origins? According to some etymologists, it originated from Etruscan  “vinum” that was later absorbed into the  Latin language. According to others , the word “vino” has sanscryt origins maybe coming from venas (meaning “to love”- che significa “amare”) or from the root of the word “vi” that means  “attorcigliarsi” – To twist.  It could  be this the origin as well  for  the word for vine – vigna, as it is a climbing plant.  (la vite è un rampicante che si attorciglia).

Etruscan Wine- Do you that…?

If it is true that it is thanks to Etruscans that vine cultivation reached a highly advanced level, we must say that Romans brought viticulture to the rest of Europe.  European vines derive from Vitis vinifera. Wine drunk by Etruscans however, was very different from all  the excellent tuscan wines we know today. Wine was in fact diluted with water, cold or hot , according to season, and flavoured with honey, aromatic herbs, flowers, spices, resins to hide defects, due to poor conservation techniques. 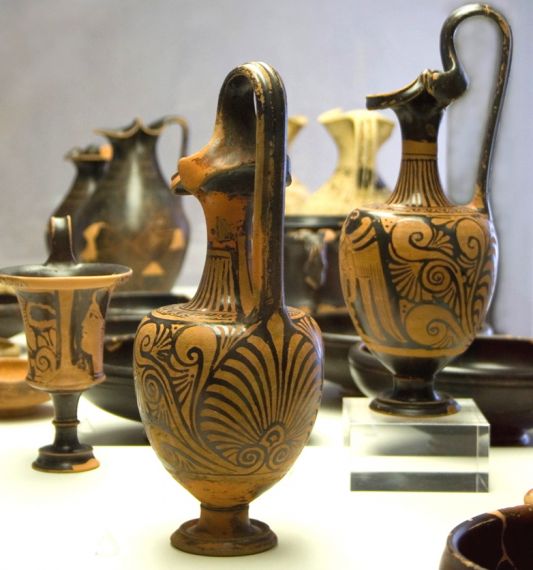 MULSUM was a type of wine sweetened with acacia honey and served, like today’s aperitifs, at the beginning of a banquet.  Another type of wine was famous beyond Etruria’s borders. It was a  Wine aromatized with violet and it was produced in the land where Brunello is made today . 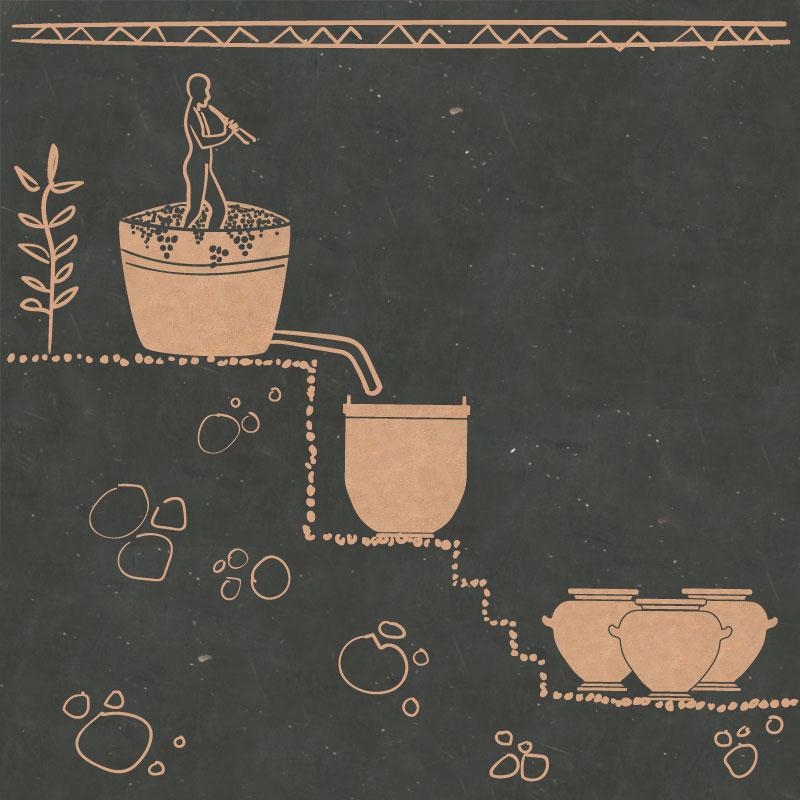 Botte – Barrel;  Ubriaco and ubriacarsi : Drunk and to get drunk .  For Bicchiere e Fiasco have a look at our previous lessons in pills.

Avere la botte piena e la moglie ubriaca – Lit. To have a full barrel and a drunken wife.  Meaning  you can’t have your cake and eat it too

Alzare troppo il gomito: Lit. Raise the elbow, meaning: have too much to drink

In case of dispute, Italians say: è meglio finire a tarallucci e vino: solve problems in a cheerful and peaceful way. Better if around a table in front of a good glass of wine and some nibbles. 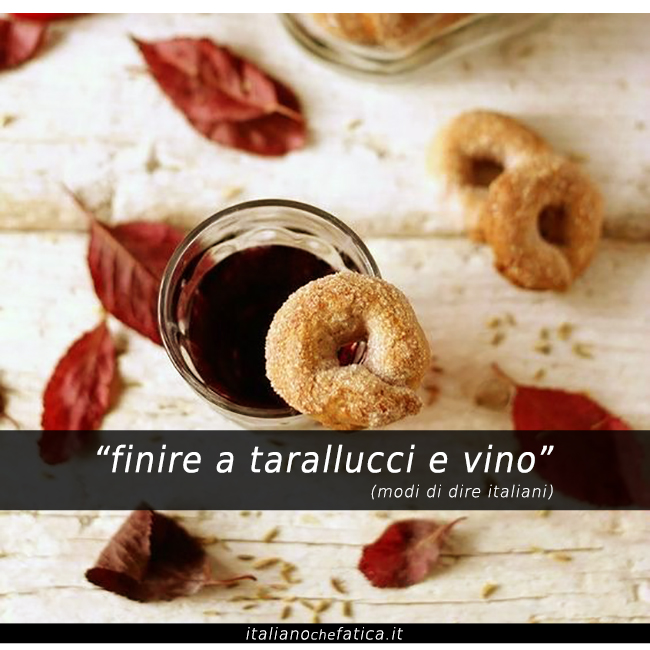 In vino veritas, from Latin, In wine there is thruth. Used when people speak their mind after a couple of glasses of wine.