All around Viterbo there were thick forests all the way up to Perugia. Greek authors mention Etruscans’ ability in making magic potions as well as their fame as “fabbricatori di farmaci” –drug makers – farmaka: the name used to describe any preparation that, by simply changing the dosage, can either heal or kill.

Today many of the plants mentioned by our ancestors still grow abundant in Tuscany as well as Umbria and North Lazio.

It was renowned the power of “Elleboro”, a poisonous plant widely used by the Etruscans living along the Tirrenian coast, also known as Tirreni. It seems they were the only ones able to rightly calibrate the plant dosage in order to use it properly. Black Elleboro is still nowadays part of the vegetation in the Appennini mountains beyond  1000 mt.

Another well known plant  among Tirreni was  Achillea Millefolium  used as  tonic, antispasmodic and diuretic. If applied locally it acts as healing and decongestant for mucosa. More 2000 years ago, the local population used it as a poultice and to make balms to heal wounds and repair animals tendons.

Linseed ( in Italian Lino) too was a healing remedy used for its soothing  and anti-inflammatory properties.

Ovidio, in his writings, mentions a particular semen tuscum widely used for cosmetology. It was probably  Triticum Spelta that, once grinded,  produced a flour at the time used as amido – starch, for women’s  face masks. Linseed oil was the base for many balms and ointments

There is a long list of medicinal plants that ancient literature reports as being used by Etruscans (or Tirreni). All the names of the plants have been compared to latin and greek names in order to be able to confirm which plant they were actually referring to. Among them, Nepeta Italica, a type of Mint growing in the Appennines. From its flowers an essential oil can be obtained which stimulates circulation, helps digestion and heals tissues.

Thyme– Timo, characteristic of the Tuscan Coast, was next in the list of the popular remedies for its balsamic anticatharral properties, together with Rosa Canina (Rose Hip), still nowadays is part of  coast vegetation.  Its fruits in particular were used for its properties as powerful astringent, anti-inflammatory and diuretic.

Other plants appearing within the Etruscan Herbarium are Biancospino(Hawthorn: the extract from its flower has sedative properties , Genziana (Gentian) , Sedano (Celery) and the  Giglio (Lily) flower.

Aromatic herbs, resins and extracts were widely used for religious rituals. A detailed list of plants considered  by Etruscans to be “dangerous” include damson (wild plum tree), ferns, holly and laurel. All this makes sense: it is enough just to mention the toxicity of holly’s berries and some types of ferns, thus indicating their good knowledge of the plant world.

Writings by Catone (IV- VII cent BC) give numerous information about drug preparations and practical use with techniques clearly coming from Etruscan teachings. That’s how we get to know about the large use of Black Cauliflower  cooked with salt to fight dysentery, stomachache and hangover; Mint and Coriander to heal ulcers and sores; Chicory used to make bitter digestive drinks  also used for liver problems.

Infuses with Chamomile and Linden were renowned to aid sleep while, a mix of Honey, Sage, Rosemary and Fennel was suggested as expectorant and soothing remedy for cough and colds.

In addition to these documents, the many images found in Etruscan  tombs give us a good opportunity to identify  plants and herbs available within the Etruscan world. We have no doubt of the widespread  use of  Laurel, Garlic , Onion, Cypress, Pomegranate, Poppy, Clover, just to mention a few. 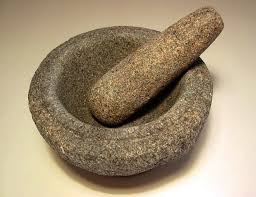 Once collected, medicinal herbs were finally chopped in a mortar and mixed with Olive Oil or animal fat to make balms and ointments that were stored in alabaster or glass containers.

Water, wine, milk or runny honey were instead used to make infuses subsequently filtered through the so-called “colatoi” (sort of tea pots with filter inside) generally made in bronze.

We find fascinating the link between the ancient world and our days and we should try to keep alive this historical knowledge as the heritage it truly is.